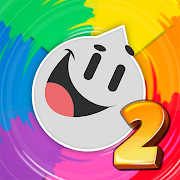 Building off of their existing success with the Trivia Crack franchise, Etermax ran a pre-registration campaign with milestone rewards to drive anticipation and early installs for Trivia Crack 2.

Etermax started by setting up four milestone levels and assigned each of them to a unique in-game item. As pre-registrations exceeded each milestone, the assigned items were unlocked and shared on the Google Play store listing page. In addition to showing fans the growing number of pre-registrations and helping drive excitement to reach the next milestone, the phases also helped Etermax coordinate their global PR and marketing efforts. They were able to promote the pre-registration campaign and unique milestone goals in their portfolio of games and throughout social media. From the store listing page, fans also had the ability to share the page with friends, which encouraged community involvement and additional pre-registrations to help reach the milestones. On launch day, everyone who pre-registered on Google Play was sent a notification to install the game. Upon starting the game, players received an in-game notification that delivered the items that they unlocked during the pre-registration campaign.

Nearly half of all pre-registered users installed the game, leading to a boost in early installs. These players also showed higher engagement—almost 30% higher daily minutes played during the first week when compared to those who installed without pre-registering. In the future, Etermax plans to continue running pre-registration campaigns for global launches. They hope to build on their success by using a custom store listing page to tailor messaging for the pre-launch phase. Additionally, they plan to publish a Google Play Instant version of their game, which provides players the ability to try the game prior to launch.