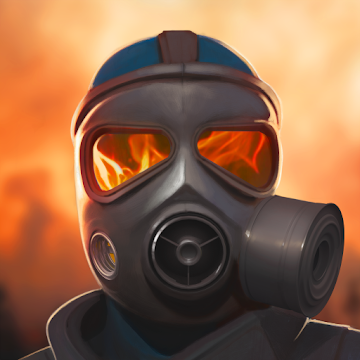 Game developer Panzerdog ran extensive pre-launch testing to gather user feedback and improve their game Tacticool before launch. They also offered an instant game during their pre-registration campaign giving players a chance to try the game before launch.

Starting with a closed beta on Google Play, the Panzerdog team began user testing of their game Tacticool to “collect early player feedback, eliminate bugs, and improve the game and its metrics before going global,” said Alexey Sazonov, CEO. Each month, they increased the number of beta testers and gathered feedback on new in-game features. Early user feedback helped the team address issues they weren’t originally focused on, such as the overall performance and controls, which led to increased player retention.

Next, the team began their soft-launch phase. They released the game in Canada, New Zealand, Ukraine, and Belarus, countries expected to behave similar to their launch markets. During their soft launch, the team collected numerous metrics and continued to refine the game and monitor performance until they doubled their day one retention and achieved desirable conversion and engagement metrics.

Achieving steady performance gave the team confidence they were getting closer to launch. “We had many players who wanted to try the game before it was released or at least be notified immediately when it went live. It was a no-brainer that we needed pre-registration to get better visibility and extra installs,” said Sazonov. The team enlisted the support of AppOnboard Studio to offer an instant version of their game during pre-registration. The instant game provided a playable experience of their game for users to try out before the game launched. This allowed players to try out top features, previously validated by their beta testers, including physics, cars, intense battles, and unusual camera views. As an added bonus, the team offered a pre-registration reward of exclusive avatars.

By gathering pre-registrations in advance of launch, Panzerdog was able to increase day one traffic in their game with nearly 60% of pre-registrants installing the game. This was extremely important to ensure they had enough users to ensure fast matchmaking in their multiplayer game. These early players play a significant role in the game community. They founded the first clans, now joined by hundreds of the most active players, and monetize higher than the average player to keep their ranks high. They have also found that users who played the instant game had a 3x higher conversion rate to install the game versus users that visited their store listing page, but didn’t play the instant game.

Learn about a pre-registration campaigns and offering a Google Play Instant version of your game.